The historian in me wanted to start posting the letters in chronological order according to when KCB wrote them but we’d have to start with the early stuff. And although that’s all very interesting, it’s the Europe and Russia letters that I really love. So let’s start there.

Here is the letter that I showed you in The Letters, Part 2 post. 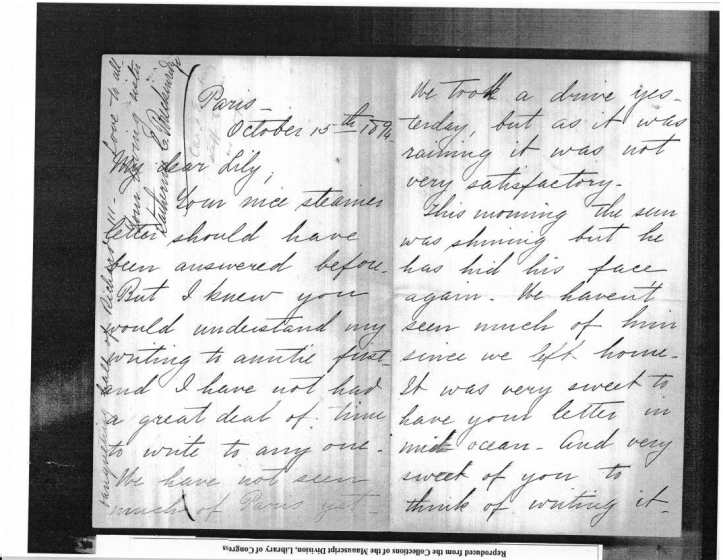 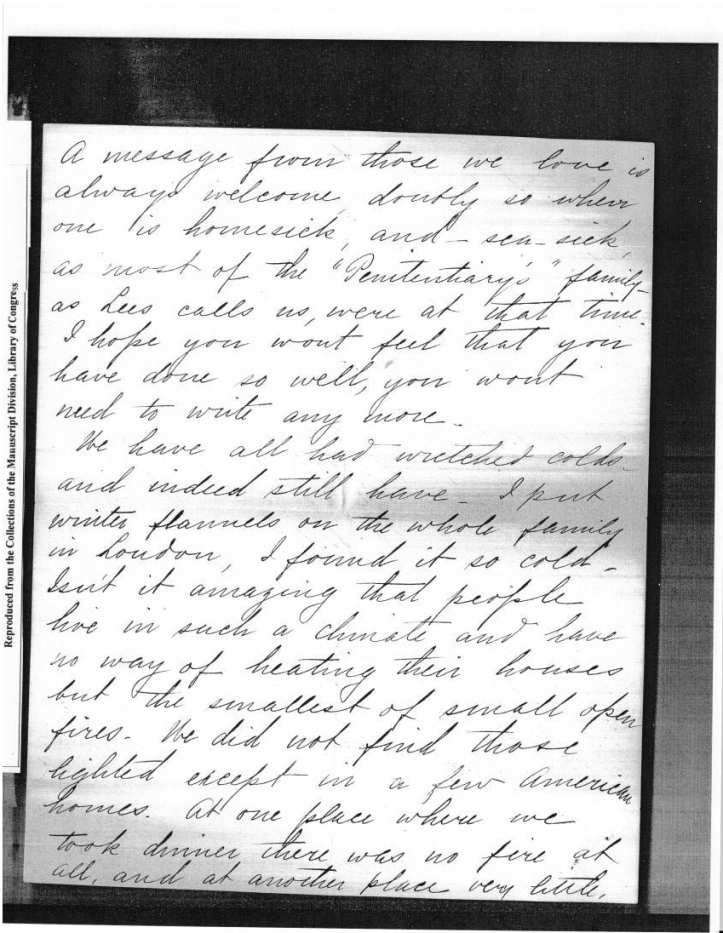 Your nice steamer letter should have been answered before. But I know you would understand my writing to auntie first and I have not had a great deal of time to write to any one. We have not seen much of Paris yet. We took a drive yesterday, but as it was raining it was not very satisfactory.

This morning the sun was shining but he has hid his face again. We haven’t seen much of him since we left home. It was very sweet to have your letter in mid ocean. And very sweet of you to think of writing it. A message from those we love is always welcome doubly so when one is homesick, and seasick as most of the “Penitentiary’s” family as Lees calls us, were at that time. I hope you won’t feel that you have done so well, you won’t need to write any more.

We have all had wretched colds and indeed still have. I put winter flannels on the whole family in London, I found it so cold. Isn’t it amazing that people live in such a climate and have no way of heating their houses but the smallest of small open fires. We did not find those lighted except in a few American homes. At one place where we took dinner there was no fire at all, and at another place very little. [appears to have missing pages] banqueting hall of Richard III. Love to all. Your loving sister. Katherine C. Breckinridge.

When I was writing my thesis, I had no idea who Lily was. KCB’s reference to auntie in the first paragraph made me think they were cousins but I never took the time to figure it out (or I don’t remember). Then when this reboot started, I came across Susanna Preston Lees’ Last Will and Testament. She refers to a Lily and a Lillian in her Will. I think this letter is addressed to Lily Waller, KCB’s cousin. She is the daughter of William Waller, KCB’s maternal uncle.

I didn’t use this letter at all in my thesis because at the time it didn’t appear to further the story of KCB’s adventures in Europe. But looking back it is full of little bits that can be interesting in and out of context. Her reference to Lees (her youngest daughter who was about 12 years of age at the time) calling the family the Penitentiary’s is amusing. Can you image? I must have felt like a prison to the pre-teen.

One of the fascinating aspects of KCB’s letters is her truly American observations of the European way of life and how different the culture is. At times (you will see in later letters) she sounds just like most Americans on the House Hunters International show on HGTV. “The rooms are too small.” “The bathroom is too cold.” “The kitchen has a washer and dryer in it.” “And everything to way too expensive.”

In this letter she is complaining about one of her favorite topics – lack of heat in cold climates. I have always thought that despite the fact that she spent a number of years living with her aunt, Susanna Preston Lees, in Highbridgeville, New York, KCB is a northeast Louisiana girl at heart. Hot weather and high humidity is easier to complain about than cold weather and no heat.

My personal goal is to post one letter or group of letters every week in addition to my regular post. Fingers crossed.