I’ve often wondered what happened to characters in books after the book ended. You know that I mean. You get to the last page and although that story is over, the characters live on. It’s the stuff of daydreams.

But I’ve never really thought about what happened to characters before their story started. And that’s exactly what the creator of Dickensian has done!!!

Imagine all your favorite characters (good and bad) from many of Charles Dickens treasure trove of novels, living in the same area of London, and there’s a murder to be solved. Jacob Marley from A Christmas Carol fame to be exact! We all know he is dead at the beginning of Scoorge’s odyssey but how did he die? Was he murdered or did he die of somewhat natural causes? If he was murdered, who did it? 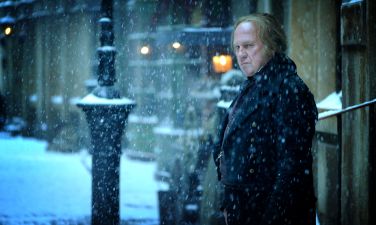 Or Honoria Barbary (Lady Dedlock in Bleak House). We know she has a child out of wedlock before marrying Sir Leiscester but what really happened?

I just had the most enjoyable time watching all 10 episodes of Dickensian and I don’t think I will ever read a novel the same way again. I will now wonder what happened before and after!!!

The complete series (only one season) is available through Amazon Prime and at the Central Arkansas Library System on DVD.