KCB wrote and mailed two letters from Berlin (one to brother dated October 23, 1894 and the other to Florence dated October 24, 1894). Then they were off to Saint Petersburg, Russia.

Here’s where things get tricky! The dates I mean… 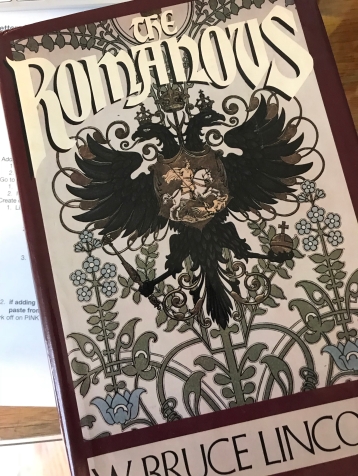 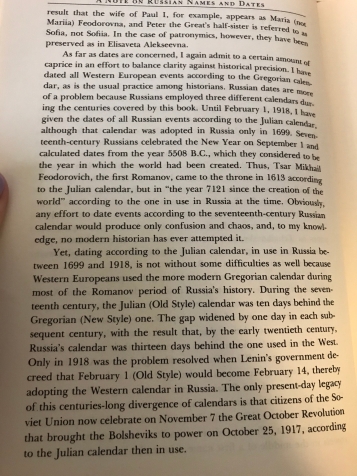 You see 1894 Russia was still using the Julian Old Style calendar. This means that Russia was twelve days behind in the eighteenth century and thirteen days behind in the twentieth century. Russia didn’t switch to the Georgian New Style calendar until 1918 – way behind the rest of the world. Catholic countries (Spain, Portegrul, Italy) switched from Old to New around 1582 and the British Empire, including the American colonies, switched in September 1752. If you want all the gory details of the two calendars, see Wikipedia and TimeandDate.com.

The first item from Russia in KCB’s collection at the Library of Congress is a quick note from Clifton letting her know that they will need to attend a service at 3pm, November 2, 1894.

Legation of the United States

Ladies in “Robe Claire”, with hat or bonnet.

This is for the succession and not an occasion of mourning.

(in margin) We all expect to go.

This is where the internet fails. Most websites list pre-Soviet Russian dates as New Style dates but without telling the reader. So they’ve done the math for us. But when you throw a newly arrived American into the mix, it gets mucked up. So I turn to one of my favorite sources – A Lifelong Passion: Nicholas and Alexandra Their Own Story by Andrei Maylunas and Sergei Mironenko. Published in 1996 this great book is a first person account of what was really going on and the editors say outright that they are using Old Style dates.

With the above facts in play and knowing that the diary dates from Nicholas (in A Lifelong Passion: Nicholas and Alexandra Their Own Story) are all Old Style dates, then I think (maybe?) I can safely assume that CRB is using Old Style dates and that the Breckinridges are expected to be in church to pray over the new Tsar, with the new Tsar in attendance, on November 2 at 3 pm. Because the new Tsar arrived in Saint Petersburg with his father’s body on November 1 at 10 o’clock in the morning.

Wow that’s like one of those word problems from 5th grade….